The rabbits were having a party. 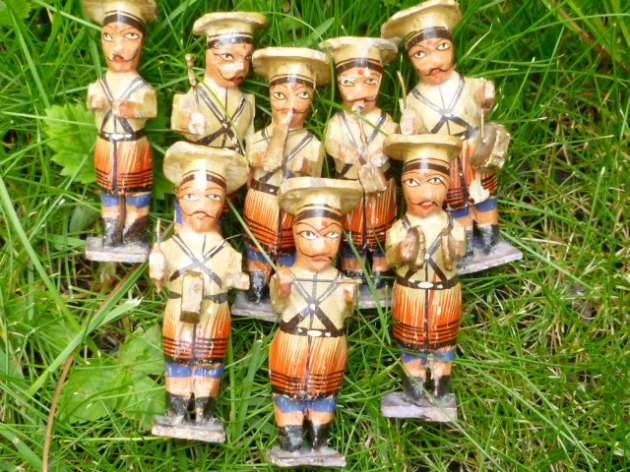 The robot was there too and everyone was screaming and stamping and beeping and no-one paid the slightest bit of notice when the clowns tumbled in, and it wasn’t long before the clowns forgot why they’d come.

“I think it’s time we rescued the peas.We will wave the magic stick over them and see what happens.”

So the two of them set off and before long they could hear the sounds of the crazy party and when they peered through the long grass they saw the clowns, the rabbits and the robot lying in a silly,giggling heap. 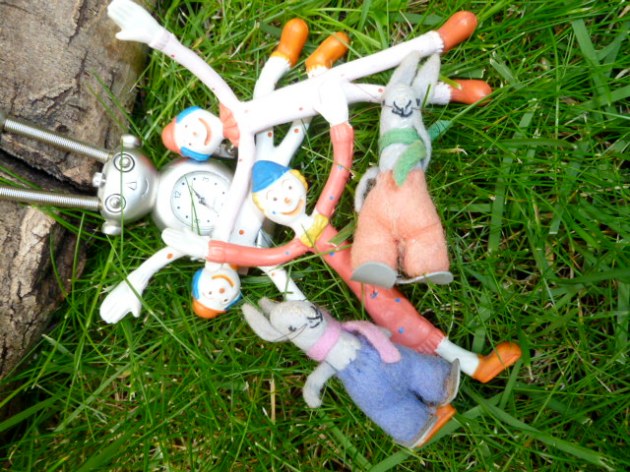 The rabbits kept the peas in a little grassy enclosure near by and although they were comfortable they were not content. Peas like a bit of excitement in their lives and there was not even a bit of mint to cheer them up.

Quietly Doll Splinter waved the magic stick over them.

There was a little bang and a big flash and there,instead of four peas,were four little animals blinking and staring. 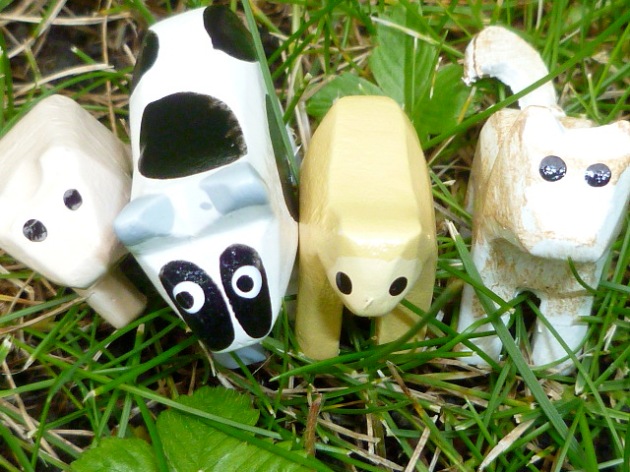 At that moment,from the little marching band there came a piercing blast from the trumpet and the little animals rushed away into the undergrowth, and we may never see them again.

what would the rabbits say?