A great many creatures live in a garden. There are the usual things like insects, birds and frogs and then there are the not so usual, like Doll Splinter and Egg O. Egg O, as you may recall, was at one time living in a hole in a tree, guarding his property and occasionally whistling to confuse the birds. Who knows where Doll Splinter was living then.

You can be sure she was living somewhere.

But the rain poured and the wind blew and the garden was all mud and mayhem. Doll Splinter had had enough and so here she was,searching for a new home.

On the first day of her search the sun shone all day! It was quite a surprise and she almost changed her mind but then she saw this: 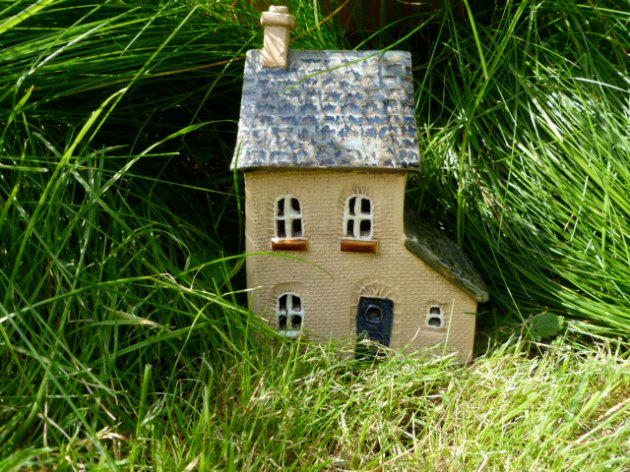 A lovely cottage. Was it empty? 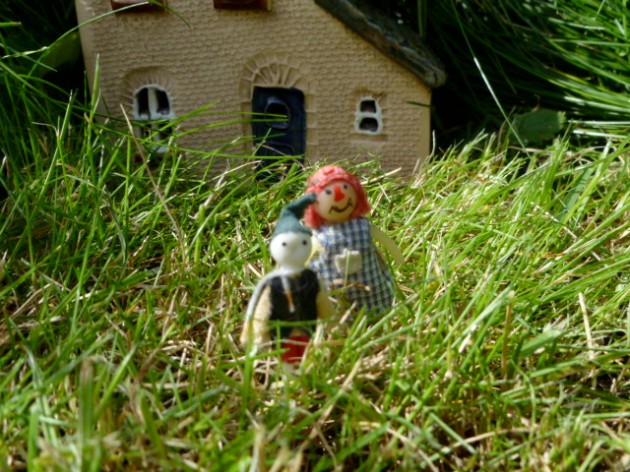 It wasn’t! The Verysmalls lived there and now they were coming out of the door to greet her. They were very small indeed.”Hello!” they piped in tiny, tinny voices and the one in the pointy hat said “Shall we dance?” and they both began hopping up and down like fleas. 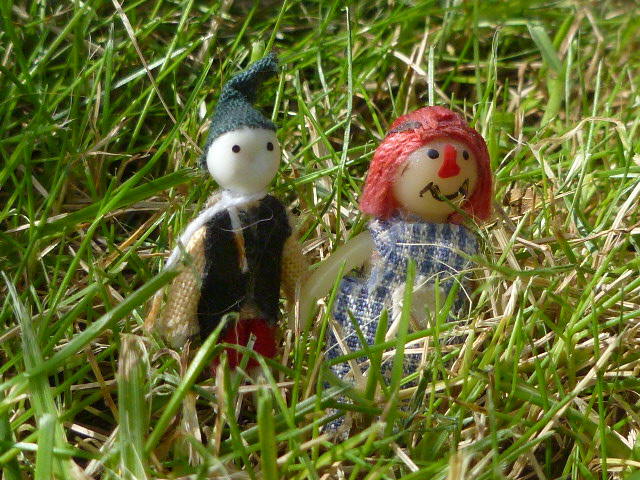 Doll Splinter was not keen on dancing, it made her joints ache, but she had very good manners so she clapped and tapped her feet until the Verysmalls stopped and without another word they sprinted back into their house and firmly locked the door. Just to be sure they pushed a Very Big Piece of Furniture up against it and when Doll Splinter tried to talk to them they poked long pins out through the letterbox which was a bit off putting.

“Well I obviously can’t live there!” she said.

Being an intrepid climber she decided to spend the night in the hole in the tree. Egg O was still at the Miss Faucet School of Tap so he wouldn’t mind.

And while she sat in the tree the Verysmalls sat on very small stools and sharpened pins.