After reading the book Doll Splinter sat still and wondered about the person who had written the book. Where was she? Did she live nearby? But most importantly, was she a reasonable size? Doll Splinter knew that there were huge people out and about, giants in fact, whose very shoes were large enough to house a family like the Verysmalls. Was Liz such a person? If so there was no easy way of talking to her face to face. Doll Splinter imagined hiring a small aircraft so that she could she could fly past the face, shouting and circling but that might irritate the giant. She might swat the little aeroplane like a buzzing fly.

No, the only way was to write a letter and leave it in the house. It was possible that Liz sometimes opened the doors and looked in, if so she would be surprised to find a little note from a wooden doll with weary legs.

But first Doll Splinter had one more room to explore,the teenager’s bedroom, so up she went, up the stairs, slowly now because she was tired, and there, in the room with the rocking horse, she found a ladder leading to a trap door and up she clambered. She was actually quite an agile doll! 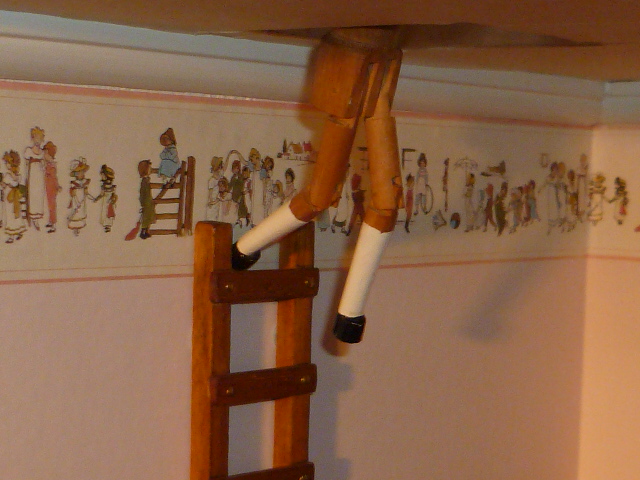 She poked her head through the trap door and looked around. 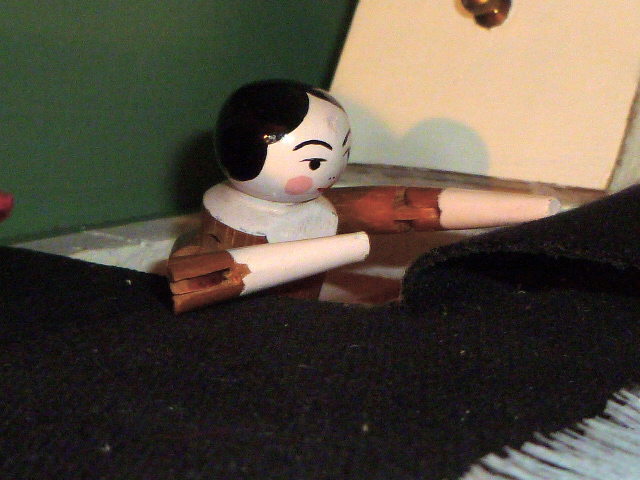 She lay on the bed .

She found she felt a bit moody.