Doll Splinter now had two letters to write. Lounging about in a teenager’s bedroom was certainly not helping. She decided to go down to the music room where she made an awful racket on the violin but with no-one to shout “Stop that noise at once!” she quickly became bored. 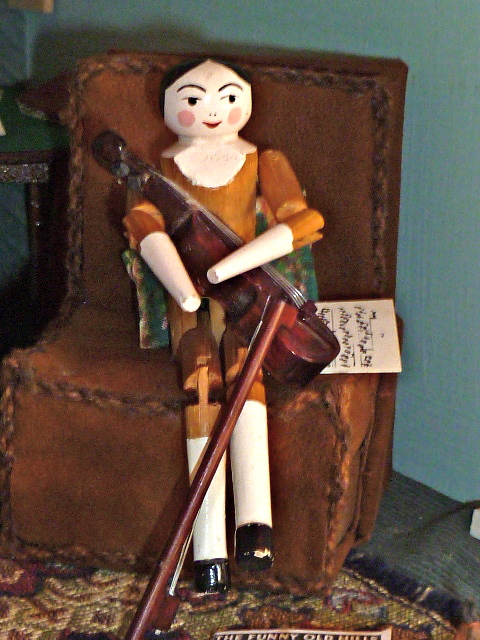 Then she ran into the bedroom and, feeling a bit rebellious put her feet up on the dressing table. She contemplated running away until she remembered she was the only one there so nobody would notice. 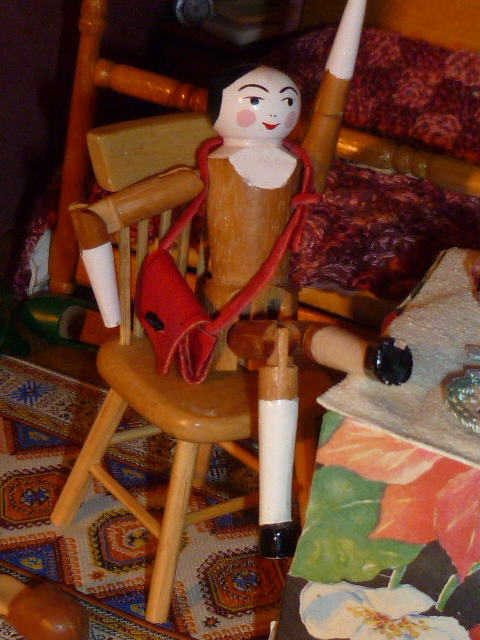 It was no good. She had to write those letters.

Dear Egg O, she began, I wonder how you are? I have been an explorer and a detective but I am thinking about going home and I hope you are too because I miss you even though you shout. Can you tap dance now? There are a lot of shoes where I am but I don’t think they would suit you. There is also a large chocolate cake and a rocking horse but no rabbits or clowns. Please write back.

It was a start.