And so Egg O found himself standing outside the prison walls, free at last. Cars went whizzing by reminding him of the little mishap that had led to his conviction, but he had more important things on his mind. After so many weeks of awful prison food he had decided to go on a diet, and not just any old diet. He was going to go to a retreat in the mountains far away and there he would learn to be mindful and he would do Yoga for Eggs and drink nothing but juice three times a day.

His small suitcase was packed with a pair of shorts and an improving book. Already he felt virtuous and unencumbered and he smirked a little as he climbed into a taxi.

It was easy enough to climb aboard Hand Luggage Airways and he settled down in a rather roomy basket next to some bananas and up into the air he went.

Soon he was there and as he sat down by the large pool, a tall glass of something thick and green and in his hand, he reflected that as far as eggs go he was a pioneer, a philosopher and a poet and drawing out a copy of that famous Roman writer Ovoid he began, ostentatiously, to read. 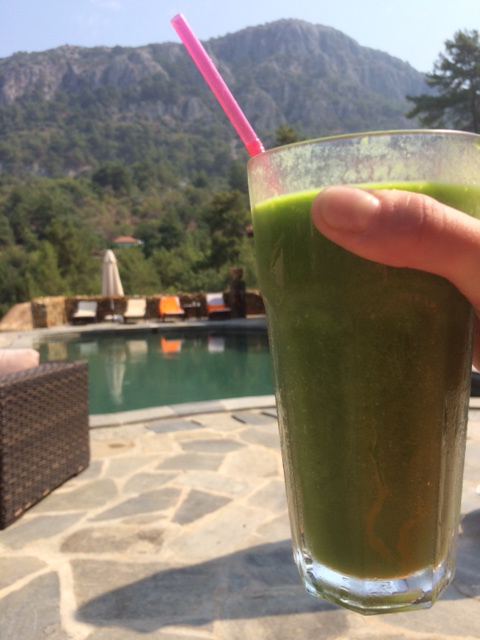 One thought on “Juice”